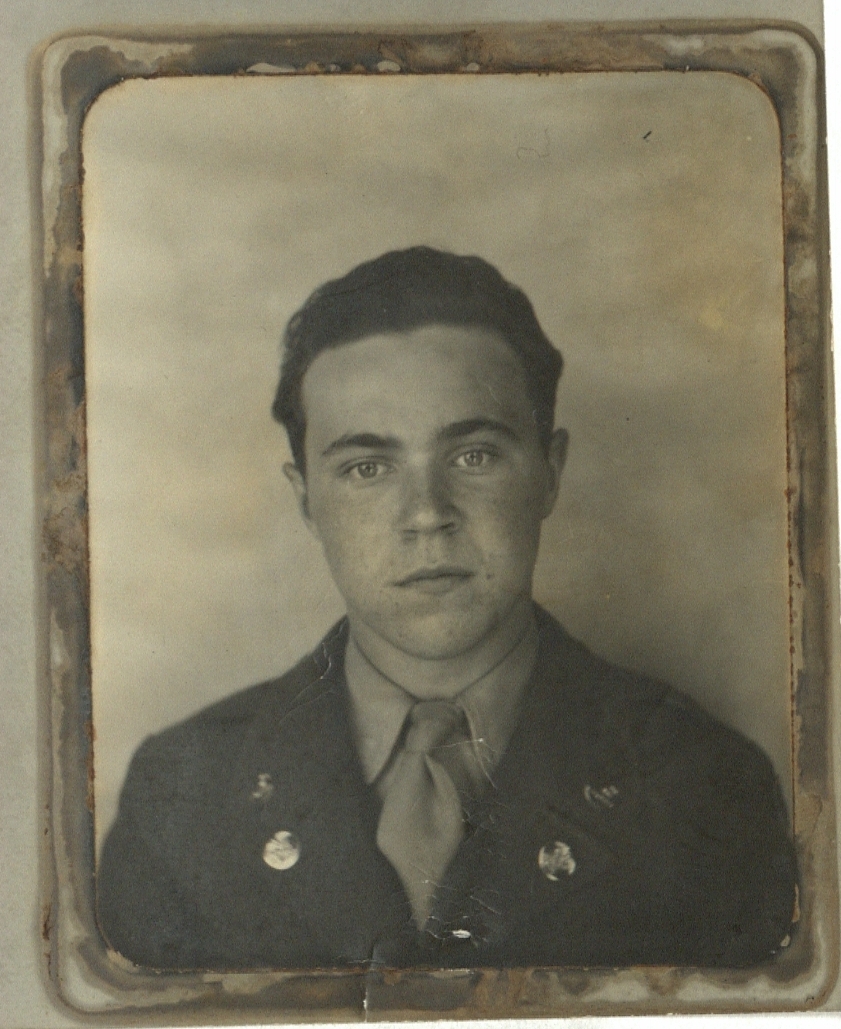 Born in New York City in 1929, Eugene Kimling grew up in a German immigrant family. Although he and his family were Christians, he spent much of his early childhood living in a German-Jewish community on Coney Island.

While visiting Germany in September 1939, Eugene and his family were trapped by the Nazi regime due to the outbreak of World War II. Eugene was forced to join the Deutsche Jungvolk and then the Hitler Youth. His elder brother, Carl Kimling, was drafted into the Wermacht and sent to the battlefront at Stalingrad.

Both managed to survive the war. Reunited in 1945, the brothers became interpreters for the British and American occupational authorities.

In September 1946, Eugene and Carl sailed back to New York and then enlisted in the U.S Army. They served in Asaka, Japan. After he was discharged from the Army in 1948, Eugene took advantage of the G.I. Bill to study aeronautical engineering in California. After moving around the country to pursue a variety of engineering and entrepreneurial jobs, he ultimately settled down with his family in Marietta, Georgia.

Pioneers in the Jungle

"My parents met in South America where my father was working at that time and my mother was visiting. They got married and bought land in the interior to raise cattle. I understand that it was a day to a day-and-a-half ride on horseback outside of…
2

Editor's Note: After marrying in Brazil, Eugen and Karla Kimling were both infected with malaria. They decided to move to the United States where Karla soon gave birth to two sons, Carl and Eugene Kimling. During his childhood, Eugene's family lived…
3

Trapped in the Third Reich

Editor's Note: In September 1939, Eugene's family went on a trip to Germany to visit Eugene's grandmother Johanna. The family was required to return to Germany periodically to maintain Johanna's property in Hannover. On the same day that their ocean…
4

“We had a lot of troubles with the Hitler Youth leaders since we were considered Americans. I did get into a lot of fights, until my father paid them a visit… The German law required all children to enter the organized German Youth, or Deutsche…
5

Evacuated to the Countryside

Editor's Note: When the war intensified, the Nazi regime sent school kids into the countryside, and Eugene began to live away from his family. Eugene lived with a group of boys near the Polish border. “We were housed in a youth hostel in the village…
6

Carl Kimling on the Russian Front

“During the war Carl was classified as a conscientious objector and was assigned to a special troop division. These were troops used to hold a line while other troops were pulled back. He fought outside of Stalingrad and his position was overrun; he…
7

“After Christmas 1944 I was returning to school from my visit to my grandmother when the train to Stadtoldendorf stopped… Several days later we were skiing in that general direction and we saw what looked like vapor trails going straight up, but no…
8

Editor's Note: When he was 16 years old, Eugene and other members of his Hitler Youth group were taken to a training camp where they were run through military drills and ultimately asked to commit to joining the SS (Schutzstaffel) a major…
9

"I had left most of my clothing and belongings at school, so I asked for a four-day pass to get my things. The Company commander said he needed me, so he sent a jeep to collect my things, which only took one day. The teachers that were still there…
10

"I went with the G.I.s at night, and they all picked up girlfriends along the way. Another rather interesting experience I had during this time period was a trip I made to Hameln with a young neighbor lady who was concerned for her family living…
11

Editor's Note: On September 8, 1946, Eugene and his brother, Carl, sailed back to the United States on a Liberty Ship. They stayed briefly with their Aunt Mimi and then enlisted in the U.S. Army, hoping to return to Germany to be close to their…
12

Enlistment in the U.S. Army

"Since I was very young looking even for 17, some of the noncoms thought they could pick on me, and I did have a couple of fights. One occasion our sergeant-- who was a short man-- was trying to impress other recruits and accused me of something that…
13

"After I provided the Veterans Administration with my Regents Examination results, I was approved by the College G.I. Bill. I had been accepted at the Rensselaer Polytechnic Institute in upstate New York as well as the Northrop Aeronautical…
14

Editor's note: After concluding his studies at Northrop, Eugene Kimling became a consulting engineer, frequently changing jobs to pursue better opportunities. He met and married his wife, Nelline, in California, and they had three children, Joseph,…
15

Letting Go of the Past

Editor's Note: After Eugene's grandmother Johanna Muller's apartment in Hannover was lost to an Allied Air Raid in 1944, she had to spend the remainder of the war in a government-run shelter.  Once the war was over, she remained in Germany and…