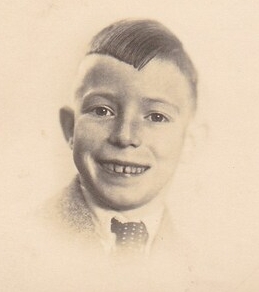 Hank Van Driel was born in May 1934 in Schiedam, Holland, a suburb of Rotterdam. He was six years old when the war was brought to the Netherlands and grew up during the time of German occupation. The occupation affected his family’s entire livelihood, as children went to school less, food became scarcer, and more and more time was spent inside hiding from the Germans.

When the Netherlands were finally liberated in 1945, Hank went on to go to vocational school and got into the culinary business. He worked all over Europe and on cruise lines until he decided he wanted to move to the United States. There, he met his wife, Mary Anne, pursued a successful career with Nestle, and started a family.

“My earliest memory is the beginning of the war. I remember my 6th birthday that everybody was forgetting about my birthday because the city of Rotterdam was burning. I remember the sky being all orange because of the fires. That’s one of my earliest…
2

“During the war, we only had part-time school. I remember having to go quite a distance to go to a school that was still available, but it had to be shared by other schools that had also been taken over by the Germans. And I believe I went to school,…
3

“I remember things gradually getting worse. The rules and regulations they became harsher and harsher. And there were all kinds of things you really had to watch out for. And they were starting to take things. There were no more cars. They were even…
4

Letter from a Father

“Well the one thing with this letter here also, the whole page is about food. That’s the only thing you were living for, you know. I remember my father saying, looking at a poster in the bakery, 'that’s what bread used to look like.' That was regular…
5

“Oh man, the people were really pleased that it was finally over. And also around the same time, the Red Cross got permission to start dropping food while we were still officially occupied, but people were dying on the street. The situation was…
6

“I went to vocational school, and I learn about the culinary art and the restaurant business, and, you know, I liked it, so that’s what I did. I became a chef, and I worked in Rotterdam.. I worked in Switzerland for a year. I worked in Great Britain…
7

“I went to the American consul in Rotterdam. And I said, ‘I need a visa,’ and they tell me, ‘Go and ask for one yearly visa and that you’re a teacher otherwise it’s a temporary visa.’ And the consul said to me, ‘What you gonna do down there?’ I said,…
8

From Country Club to Flavor Factory

“My wife’s name was Mary Anne, and I met her here. And I started working for Nestle. The last job I had was the Baltimore Country Club, and the only day off is Monday. I never had anything else off but Monday, and so, you know, social life wasn’t…
9

“Somehow people learn to deal with whatever they have to put up with. The situation was really, really terrible, especially in the end. And still, you move on, you know. You try to continue life. You hang on… Every time I see, like those refugees in…