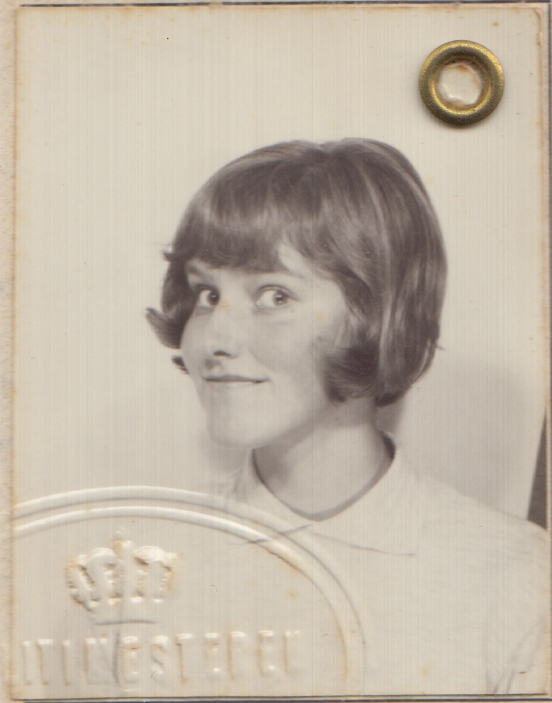 Born in Denmark in 1952, Gitte Toben immigrated to the United States in 1979. Although her father remained mostly silent about his life during the Nazi occupation of Denmark, Toben grew up hearing stories from her grandparents about her father, Kjeld Johansen's involvement with the Danish resistance during World War II. An athlete and Boy Scout, he distributed leaflets to counter Nazi propaganda, ran weapons and ammunition for resistance fighters, and helped to thwart Nazi activities by sabotaging infrastructure. Johansen also helped to save Jewish friends by smuggling them by boat to Sweden. Wounded by a Nazi bullet, Johansen spent the last year of the war in hiding before blending back into Danish life after the war.

Toben began volunteering at the Museum of History and Holocaust Education in 2005 because she wanted to tell her father's story. His story sheds light on the experiences of resistance fighters who defied Nazi occupiers.

"[My mother's name was] Alice Lillian and my dad’s name was Kil Owe. And they were born in 1925 and 1926, and they met right after the war [at Englandsparken Athletic Club]—they were both very athletic—and they were runners and jumpers and, you know,…
2

"[My father] was very musical too, so he learned to play the guitar and later joined a jazz band. He was also a boy scout, In 1938 he met Lord Baden-Powell. Lord Baden-Powell came to Copenhagen and shook every boy’s hand."
3

"[On April 9th, 1940], my parents both, individually, remember waking up, getting ready to go to school, and hearing all the noise of the low-flying airplanes and then all the leaflets being dropped all over to surrender, that Denmark was now…
4

"Being a Boy Scout in Copenhagen where all that information was brewing probably got them involved fairly early on because one of their leaders was, you know, very influenced and could get British BBC radio’s information and so forth. And they…
5

"And then one morning, my dad is on his way home, and he has a little trailer on his bicycle with the seventeen rifles and ammunitions and whatnot, So he sees the Gestapo up on the bridge. And he thought, 'Well, if I turn around, they’ll…
6

"The Final Solution was getting closer. Some of their Jewish friends needed to be in Sweden, and they were also in this rowing club, so...when you’re young, and the dopamine hasn’t set in in the mid-brain, to fool the Gestapo at the pier would…
7

"The reason he went underground and disappeared was basically after they were blowing up one of the supply trains, and they were running away from the rail yard, jumping over the fences. He was shot in the back of the knee, but couldn’t go to…
8

"They thought that that was the best healing. And what they did right after the war, my dad was actually part of a Red Cross relief effort, and they went to Germany to help clean up the streets and do the civil services down there, 'Cause…
9

"And my father’s father owned a delicatessen, so back then, you basically took over your family business, and it was a four-year tutelage, four year school, to be a butcher, Charcuterie, which is basically how to make sausage and so forth,…
10

"My mother was actually an au pair in London, so she learned to speak English, and she went to a business school, and she was a business associate at a department store in Copenhagen called Illum, and it's still, you know, in business…
11

"My parents got married in 1949, May 7th, and back then, they wore top hats, and my dad brought out his hat—they couldn’t figure for name for me—so they had a hundred names, and they would each draw a name and then I was, you know, maybe able to…
12

"It was an early Thursday, 26 of March, 1952. My parents didn’t have a car, but my dad had a motorcycle, and my mother started labor, and he got home from work, got her on the motorcycle, and got to the clinic—back then, they didn’t have…
13

"In 1969, I graduated from high school, which over there is called Eksem, the real exam. Oof! And I did pretty good, so right after that—well I had dated a young man at that point, and both his parents were handicapped, and he hated nurses,…
15

"Well, I was in Geneva six months, but then I went up to Paris because I wanted to learn more French now that I was there, so I worked for a French family there for six months, so I was gone a year. Oh, it was fun. Imagine, can you imagine…
16

"Well, you know, we grew up watching Dallas. We think everybody’s rich and thin. And then you come to America and you’re going 'Oh. Oh. Okay. Huh.' But my first impression was like Snow White. I flew Eastern from New York to…
18

"I [worked as a nurse] for a while, at Piedmont Hospital, and then I had Erik. It was a little hard being a nurse and caring for a baby, if you want to do it the 'real' way, you know, close nursing and being there yourself, so I…