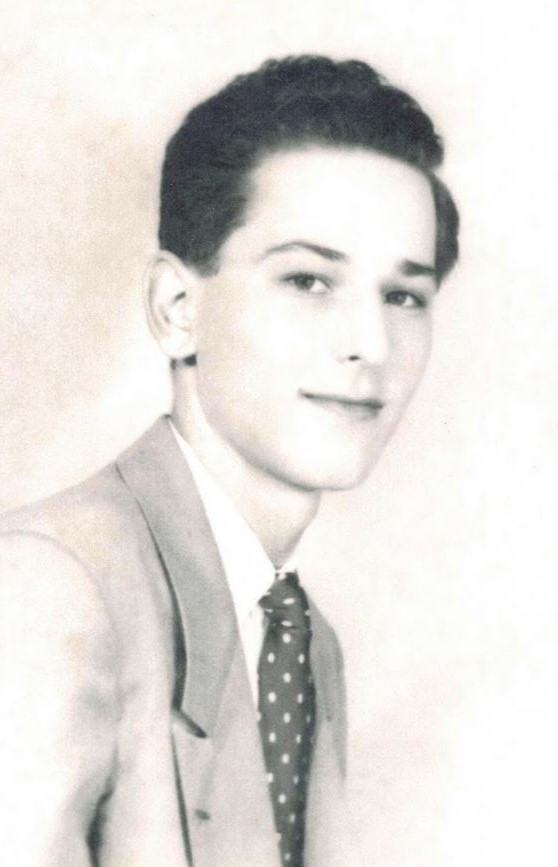 Edward Francell was born into a secular Jewish family in Paris in 1934, but his mother was descended from an old Jewish family based in Columbus, Georgia. After the Nazis came to power in Germany, Francell and his family immigrated to the United States and settled in Los Angeles. At school Francell participated in fundraisers for refugees fleeing Europe. Francell graduated from Columbia University in 1956. As a college student, he began to learn more about his Jewish identity, and about his family members, some who survived, and some who perished in the Holocaust. His aunt, Yvonne Redgis, a former ballet dancer, survived imprisonment in Auschwitz and eventually joined him and his family in California.

After retiring from the Kimberly Clark Corporation, Francell now lives in Dunwoody, Georgia. He recorded his oral history interview at Kennesaw State University in July 2014.

"My mother was actually an American citizen, but she was born in France, because my grandfather—her father—was named Alfred Rothschild. He was born in Columbus, Georgia, not too far from here. And the house that he was born in still…
2

"They moved to New York from Columbus, Georgia, during the Civil War, or as they call it here, the War of Northern Aggression. They came to New York in 1865. My great-grandfather had been captured by the Yankees and removed from the scene. My…
3

"He was sort of a playboy kind. He wasn’t [a] very big entrepreneur, but you might call him the black sheep of the family. His first wife had died in New York, and he wanted to see Europe and he wanted to travel the world, so he said,…
4

"I was born in Paris, France. My father was a salesman for a fabric company, and they made dresses out of those fabrics, and curtains and things, and my mother was a— I guess you’d call her a housewife. I was born in 1934, and I grew up in…
5

"After Kristallnacht, which was November of ’38, my father had already talked about leaving, I think, and when that happened, he said, 'I’ve got an idea. My wife is an American citizen. We might be able to get out through her.' And he was…
6

"When the Nazis took over, for about two years, there were two zones of France: one was the Occupied Zone, which included Paris and most of the Coast, and the other part was the Southeast part and the Riviera and the Mediterranean Coast, which…
7

"They [my grandparents] went through Marseilles and there was a very outstanding American council called Varian Fry, and I’m convinced that they were helped by that person because he helped a lot of people escape. And he was the council in…
8

"They [my grandparents] went across the Pyrenees, and they ended up in, I believe, Madrid, one of those cities—[Spain] being a neutral country, so-called. And then eventually they got to Portugal, and they ended up getting a ship to New York…
9

"My grandmother on my father’s side, she was living in Paris. She wasn’t able to come with us at all, and she was hidden—or not hidden—but she lived in a “senior citizens”—we’d call it—home. And eventually she came out and…
10

Growing up in Los Angeles

"About two years [after we arrived in the United States], my father had an opportunity to buy a dress-making factory, and he had some money and my mother had some money, and they invested it with another partner in this dress company and he…
11

"She was captured in Cavalaire and taken to Marseilles or Toulon—which are the two cities that are right on the coast there, In 1944, June, she was taken to Drancy, which is a suburb of Paris on the North, basically the North side of Paris. …
12

"I didn’t even know we were Jewish until after World War Two. I—I had no idea. My father lost his brother, who couldn’t come with us because he was not an American citizen or a relative of one. He was killed in Auschwitz, and then my…
13

The End of the War

"We were camping out. My parents had a tent, and we went to Lake Arrowhead, which is about forty miles East of L.A. near San Bernandino. It’s up in the mountains. And one day, they said, 'The war is over.' I said, 'Oh,…
15

"I met [my Aunt Yvonne] when she eventually came to California and—came to Los Angeles where we lived—and they moved into an apartment with my grandfather and—basically, her mother and father—my grandfather and grandmother—and she had…
16

"When I went to a summer job in Maine, about '55 when one of the owners of the hotel was asking me about a friend of ours who was named Peterson, and he would say, 'Oh, is he Jewish? You know, we don’t allow Jews here.' And I…
17

"I studied Advertising and Marketing, and I eventually became a marketing research manager in several different companies, ended up here in Atlanta working for Kimberly-Clark Corporation."
18

"Well, we collected a lot of material (at the United States Holocaust Memorial Museum in DC). My wife,(Claire) I’ve gotta give her thanks for putting it all together. You’ve seen the books that I’ve collected that she put together, and…
Watch Edward Francell's Legacy Series videos here.