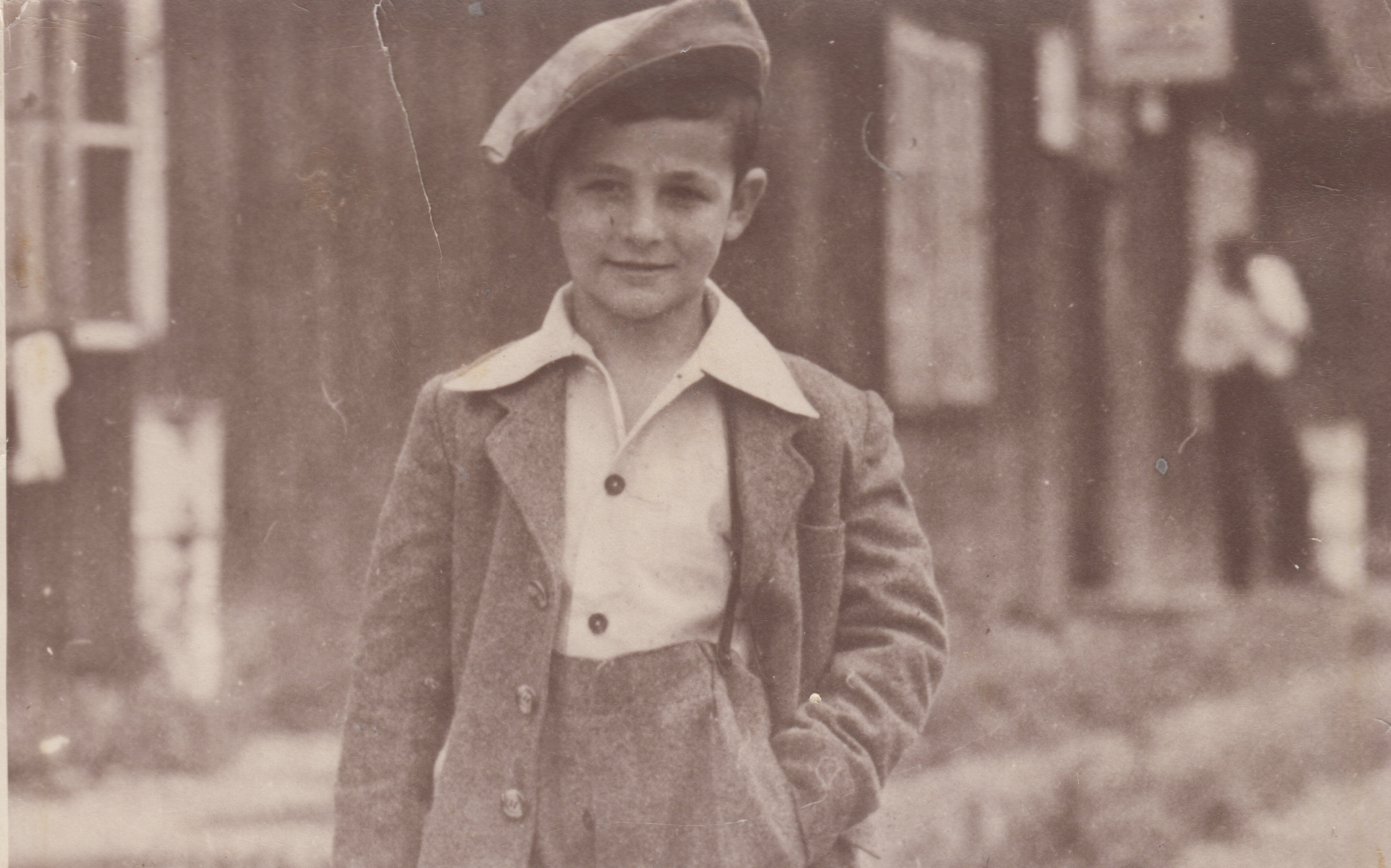 In present-day Ukraine, Hershel Greenblat was born with the name Grischa Grinblat in 1941. Prior to World War II, his mother was born in Kremenchug, Ukraine and his father was born in Lublin, Poland. They married in a synagogue shortly after the beginning of World War II, and (Grisha) Greenblat was born a year later. Both of Greenblat’s parents were part of the resistance against the Nazis and later the Russians. The first years of Greenblat’s life were spent hiding in a network of underground caves. While his immediate family survived the Holocaust, most of his extended family did not.

After the war, his family rushed westward to avoid the descent of Russia’s Iron Curtain. For five years, the family moved from one Displaced Persons (DP) Camp to another where conditions were almost unlivable. Around 1948, Greenblat’s mother applied for refuge in the United States and their application was accepted.

In 1950, Greenblat and his family arrived at Ellis Island in the United States. On Thanksgiving night, they rode a train to Atlanta, Georgia. In America, Greenblat went by the name Hershel, and he and his siblings started school. His father opened a small grocery store in the poor, Buttermilk Bottom neighborhood of Atlanta. He started a credit system with people in the neighborhood, and his efforts to “pay it forward” in his community captured the attention of Dr. Martin Luther King Jr., who visited Mr. Greenblat’s store in Atlanta. Hershel Greenblat became a citizen of the United States of America in 2013, over 50 years after arriving on America's shores.

"I was born April 24, 1941. In a small town called Kremenchug. About fifty miles east of Kiev in the Ukraine. My mother was born in Kremenchug, Russia in the Ukraine. 1916. She was one of six children. She had two sisters and three…
2

"My father was born in Lublin, Poland. 1919. He was a student. My father was the youngest of sixteen children. Fifteen of those children were girls. He basically was just a typical teenager -- growing up with a fairly Orthodox Jewish…
3

Living in the Priest's Grotto Caves

"[The German invasion] forced most of the young Jews into hiding, into groups of resistance fighters living in the caves. Living in the forest. Coming out at night trying to get food. Or do whatever damage they could to the Germans. The…
4

Atrocities in the Ukraine

"My mother's family, her brothers, and her parents were taken to outside of Kiev at Babi Yar-- where they were made to dig their own graves. And were lined up and shot in the back of the head. Both of her sisters survived the Holocaust…
5

Life in a Displaced Persons Camp

"We arrived -- outside of a DP camp, a displaced persons camp, outside of Salzburg, Austria. This was late 1945 or early 1946. I believe it was either December or January because I remember very, very strongly how cold [it was] and the snow as…
6

"[At the] end of 1947 we were transferred to a camp called Beth Israel outside of town called Hallein, which is about fifty miles east of Salzburg. And in this particular camp, there were actual rooms. It had a door. It had a window--very…
7

"The International Relief Organization -- came into the camp, and they set up an office where the American soldiers and commander of the camp said, “Anybody that wants to go to the United States, sign up.” My mom went ahead and signed up. …
8

The Statue of Liberty

"On the sixteenth of November of 1950, we boarded the U.S.S. General Belleau which was a converted type Army transport ship. My father was able to get a job in the commissary on the ship, so we had pretty good food. They had places for kids…
9

"When we got off the ship at Ellis Island, [it was] just a big open area. We had to wait, and we were processed through and given coffee or milk. There were red-cross people hovering around trying to make people comfortable. I remember the…
10

"That night we were taken off the train in Washington, in Union Station. Very, very late, late at night. This was the day before Thanksgiving of 1950. The five of us. My mom holding Ethel, and my dad holding my hand, and my, my sister Ann’s…
11

"About three or four o’clock in the afternoon we came into Atlanta Terminal Station in downtown. And we sat there on the train. The train stopped. I guess if the train had a different destination than Atlanta, we would have gone on. We didn’t…
12

"Buttermilk Bottom was a, a ghetto area. So, totally, you know, a black area. Dilapidated buildings. I remember one day--my dad was telling me that this young kid came into the store and tried to steal some food. My dad stopped him and asked…