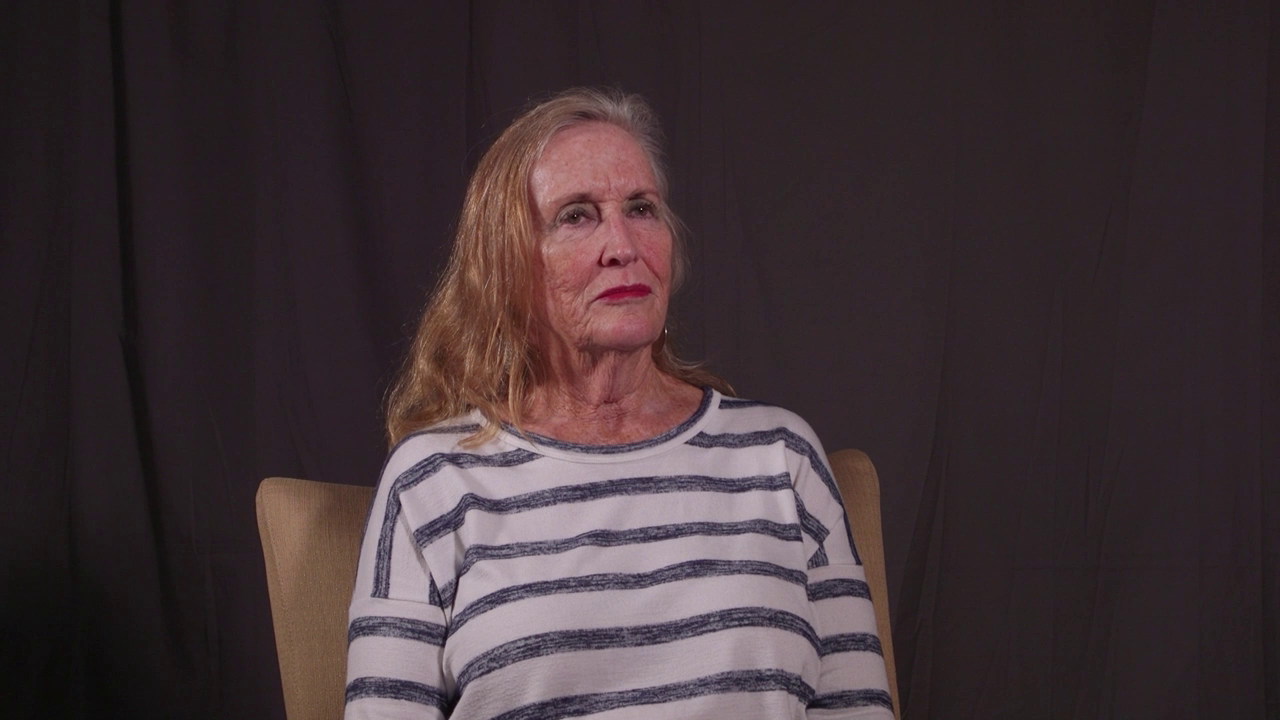 Judy Coker Benowitz was born in Monroe, Georgia, in 1949 to parents Ivah Ree and Dan Coker. As a child, she rode her bicycle along Highway 11 and swam with her cousins in their pond. It was not until she was an adult that she began to research her family history.

Judy’s family descends from the William Harris homestead, one of the largest intact plantations remaining in Georgia. In 1850, as many as eighteen people were enslaved there. Ivah Ree's great-grandfather William first lived in the home, and her grandfather John Lewis Harris inhabited the homestead until 1929. Hubert Harris, grandson of William Harris, later acquired the property and continued farming the land.

In 1986, the farm was placed on the National Register of Historic Places, and every four years the Harris family reunion brings more than two hundred cousins to the grounds. Today, part of the farm is a nonprofit organization, hosting weddings and school field trips dedicated to the advancement of heritage, agricultural, and environmental scholarship. The William Harris Homestead Museum and Education Center is using archaeology to learn about the lives of the enslaved individuals who lived there so their memories are honored and their stories can be incorporated into the narrative of the property.

The Harris-Coker-Benowitz family also has a long history of military service. Drafted to serve during World War II, Dan Coker was stationed in Johannesburg. Ivah Ree Harris volunteered to aid the war effort with the U.S. Navy WAVES, where she worked in communications in Washington DC. Ivah Ree and Dan’s first child, Wayne, was drafted to serve in the Vietnam War. He traveled to Japan and Thailand with the medical corps. At Georgia State University, where she met her husband, Bob, Judy protested the Vietnam War. She recalls the mounting tension between the police and students. During those years, Bob served in the Army Reserves from 1968-1974.

In 1972, Judy worked as a Flight Attendant for United Airlines in Washington DC. The next year she married Bob, they moved to California, and Judy flew out of Los Angeles. She earned a degree in drama from the University of California, Irvine, and continued acting for twenty years. In 1996 Bob's job brought the family back to Georgia. Planning to write her memoir, Judy returned to school, earning a Master’s Degree in Professional Writing from Kennesaw State University. Judy's book, "Descendants," is now available on Amazon.

"We descend from one of the largest intact plantations in Georgia: The William Harris Homestead on Highway 11 in Monroe, Georgia. In 1825, my mother’s great grandpa William Harris started the homestead on 500 acres acquired in a treaty with the Creek…
2

Making Do and Making Money

"My mother grew up on a farm with her six siblings. They grew their own food, and I believe there were cotton fields, too. After graduating from high school, Mother went to work at Barrow Manufacturing, also known as the pants…
3

"While researching my Mother’s biography, I read her letters from WWII, and the name Frase or Goldman kept appearing in the signatures.  I realized it was one man, Goldman Frase. He wrote Christmas Cards to her for ten years while…
4

"I am not sure how Mother was recruited.  She may have seen a poster or heard an advertisement on the radio. The WAVES primarily used newspapers, radio, and personal contact to recruit. Mother wanted to be a flight attendant, but…
5

Drafted into the Army

"My dad entered the war in President Roosevelt’s first peacetime military draft. The family appealed to the draft board because he was the breadwinner of a family he cared for since age ten, but he shipped out. Dan was gone for…
6

"In WWII, my father’s two brothers, Henry and John B, also served in the Army. My mother’s three brothers served in the Army, Navy, and the Marines. They were Perry Hugh, Elmer, and Emmet Joe who was in Iwo Jima."
7

"After my dad’s father died from a measles epidemic, his large family of five siblings and his now single mother Frederica lost her farm during the Depression. During the war, Dad’s sisters went to work. The older sister married…
8

"Mother and Dad started dating again after the war, and with Grandma Fred’s coaxing and Mother’s proposal they were married and started a family right away. We three children were born two years apart. So my parents went from the war to domesticity.…
9

"The Vietnam War was very different. When my brother, Wayne, was drafted, I became a war protester, joining student sit ins and running from the police who tried to break up our demonstrations. Wayne served two years in Thailand as a medic. I met my…
10