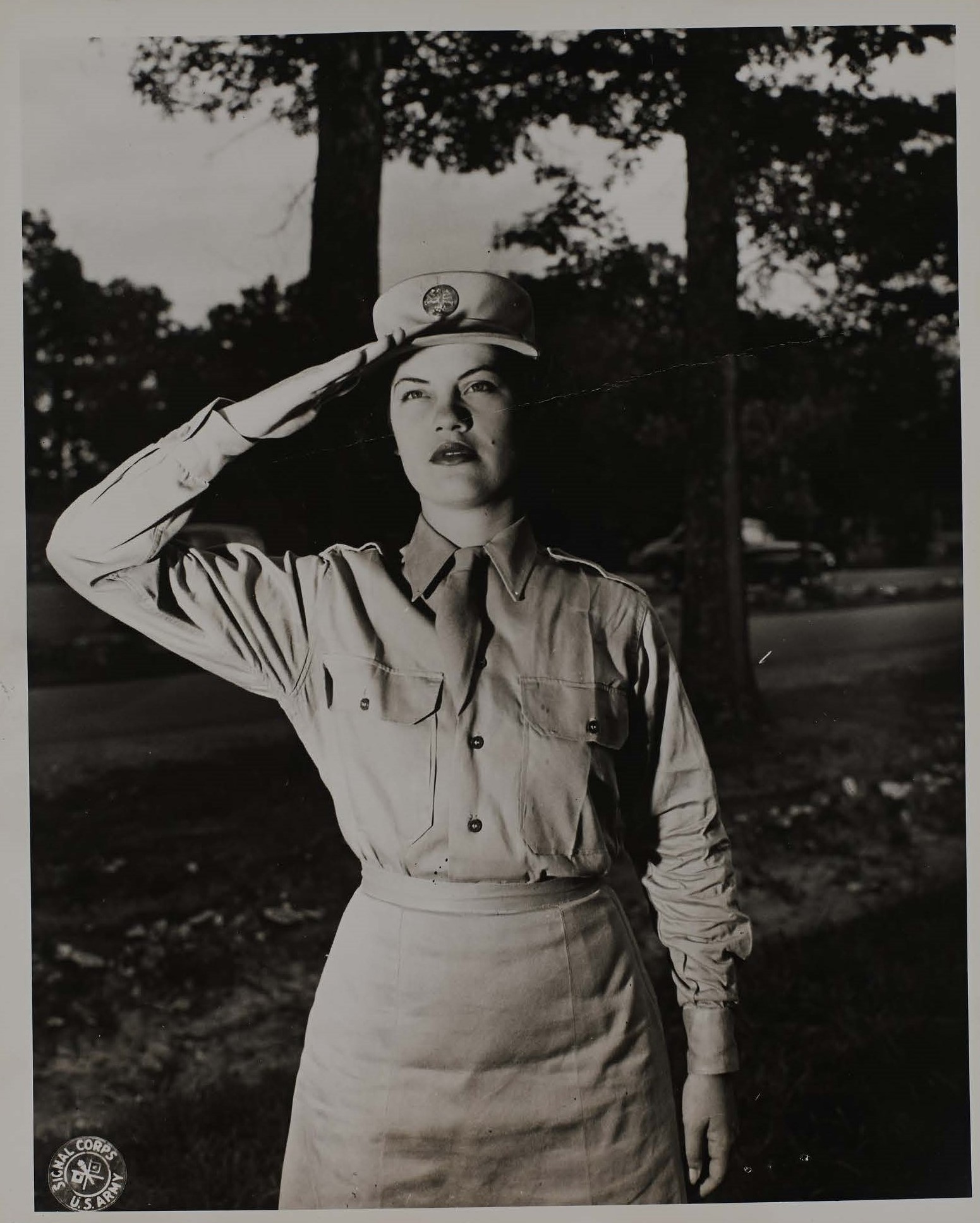 Grace Thorpe was born on December 10, 1921, in Yale, Oklahoma. She was the daughter of famous American Indian Olympic athlete James Thorpe and Iva Margaret Miller Thorpe. Grace lived in Oklahoma, Chicago, and California as a child. In 1943 at age 21 Grace joined the World War II war effort and worked with the Women’s Army Corps helping to recruit women for the military. After the war Grace moved to Japan and continued working for the military while also marrying and having two children. After she and her husband separated Grace moved back to the United States where she became an American Indian activist. Grace remained an American Indian activist until her death in 2008 fighting for issues such as the return of surplus lands to American Indian tribes and the prevention of storage of nuclear waste on Indian reservations.

“I was in my teens, my early teens then. And then Mother remarried and took my two older sisters and I into Chicago. But I left school at fifteen, and I like to say that’s when I really started learning. I know school people don’t like me to tell…
2

“Well, I was in the recruiting duty when I was in the Wac’s. I did public relations; I tried to recruit other Wacs. And I think perhaps there that it was an asset, being able to speak easily like I do. I suppose that might have had something to do…
3

"Well then after I got out of the service I was discharged from the WAC in Manilla, and I took a War Department Job in Tokyo. That’s when the occupation had just started there. As a matter of fact, I was in the first plane of women going into Japan.…
4

“I was with them, oh about 8 months. But I quit the job and they wanted to, you know, retain me. But when I quit we got a, oh my gosh, a half a million dollars. See, so I was leaving them in good shape. When I was hired they had no money.” The…
5

“And I heard about Alcatraz, and it just made a lot of sense to me. It kind of triggered my imagination. I thought, oh that is delightful. “...But the main thing I’d do is, I would try to get feature writers to come in and write. That’s the main…
6

"We're not a Women's Lib group by any means," she stated. "I feel that the Indian family structure is breaking down. So many of the young people are forced to leave the reservation to find work in the cities during the week and return to the…
7

“Actually, another thing that I do is I talk to Indian groups. I just finished speaking with one in Kansas City telling them how to work with the news media and how to set up a simple public relations office. So that’s one thing that I do too, is I…
8

“This is to certify that Grace Thorpe has been elected to Who’s Who among students in American Universities & Colleges in recognition of outstanding merit and accomplishment a student at Antioch School of Law 1974-75.” Grace Thorpe dropped out of…
9

"Many people have asked me how Dad felt about the American Athletic Association making Dad return awards, trophies, etc. from the 1912 Olympics. I asked him this question also, as near as I can remember this is what happened. He kinda shrugged his…
10

“The Great Spirit instructed us that, as Native people, we have a consecrated bond with our Mother Earth. We have a sacred obligation to our fellow creatures that live upon it…The purpose of NECONA is to invite tribes to express their sovereign…
11

“After my retirement, I worked with pottery. For a while, it was all I wanted to do. But when our lands were threatened, I found myself at a cross in the road. When you know your standing at that place, there’s no going straight, only this way or…

To learn more about Grace Thorpe, see her digital collection from the Smithsonian here.