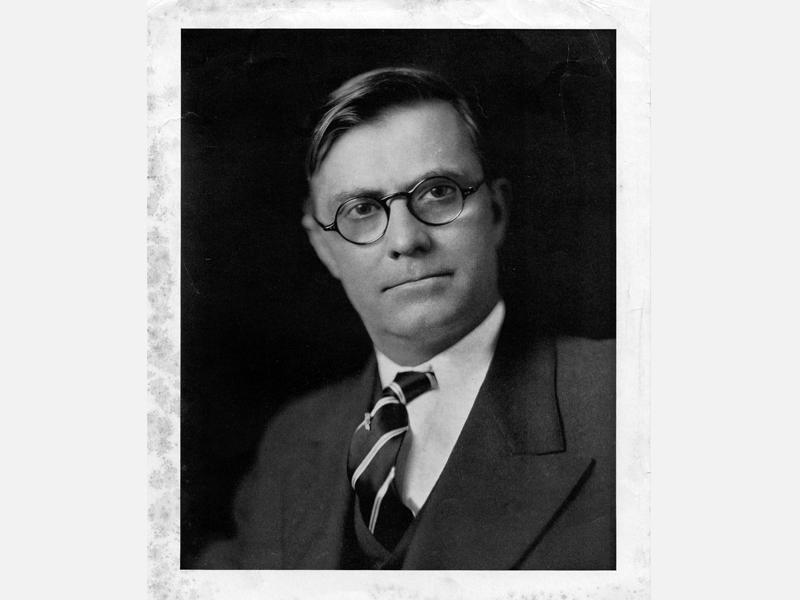 Born on September 23rd, 1884, outside of Forsyth, Georgia, Eugene Talmadge would dominate the state’s politics for decades. As a young man, Talmadge attended the University of Georgia and graduated from the university’s law school in 1909. He married Mattie Thurmond Peterson shortly after earning his law degree and moved to a farm in Telfair County where he and his wife had three children. His first forays into politics were unsuccessful. Running for the state legislative office in 1920 and 1922, Talmadge failed to attract enough votes to win the office. His first political victory came in 1926 when he ran for Commissioner of Agriculture against incumbent J.J. Brown.

As Commissioner of Agriculture, Talmadge became wildly popular with Georgia farmers using his department’s newspaper, the Market Bulletin, to give advice to farmers and to defend his various policies. Winning reelection easily in 1928 and 1930, the only opposition Talmadge faced was from the state legislature in 1931 when the Georgia Senate investigated his use of state funds. While the Georgia Senate found that Talmadge stole over $40,000 from the government, the house failed to remove Talmadge from office. Despite the controversy, Talmadge remained popular with Georgia farmers, so much so that he decided to run for governor in 1932.

Talmadge won the 1932 gubernatorial election and his reelection campaign in 1934 on the promise of balancing the state budget, reducing the price of automobile tags, and eliminating corruption in government. During his first two terms as governor, he became known for his heavy use of executive orders and martial law. His opponents called him a dictator; however, his rural support remained strong throughout his time as governor. Restricted by the state constitution from running for a third consecutive term, Talmadge unsuccessfully ran for senator in 1936 and 1938. He would not see electoral success again until he ran for a third term as governor in 1940.

In 1942, Talmadge lost the governor’s seat to then state attorney general, Ellis Arnall, who brought progressive reform to the state. Talmadge decided to run for governor a final time in 1946 and narrowly defeated his opponent, James V. Carmichael. Before Talmadge began his fourth term as governor, he died of cirrhosis of the liver. Following his death, three separate candidates, including Talmadge’s son Herman, vied for the empty governor’s seat. The Georgia General Assembly eventually resolved the conflict when they called for a special election in 1948. The Three Governors Controversy, as it became known, demonstrated the far-reaching impact Talmadge’s life had on the state of Georgia. From the beginning of his political career in 1926 to his final election in 1946, Eugene Talmadge earned both bitter opponents and loyal supporters, powerfully influencing the shape of Georgia politics for many years after his death.

“Boys, Mr. Brown has charged that I am not a lawyer of good repute. I ask any lawyer that has ever practiced law with me at the bar to hold up their hands. Haven’t I always conducted myself as a lawyer should and have I ever violated the ethics of…
2

“Is not money better spent in raising the price on hogs or any farm commodity than it is in hiring extra help and additional salaries? If the money had been spent in salaries or expenses, there would never have been any question. I think that it was…
3

“Whenever anything is undertaken by anybody with the object of robbing the people who have to live by the sweat of their brow, it is always worked so smoothly that such nefarious schemes are put over before the people find out what is being…
4

“Campaign promises, and pledges are sacred and every official who comes in office should give his first consideration to carrying out the promises made to the people of the State...The reduction of the cost of automobile tags was one of the principal…
5

“When the national guards are ordered out, they are to protect the lives and property of all of the citizens of this state. This means strikers, union members, non-union members, laborers, executives, and all. I hope that there will not be a skin…
6

“Trying to help the farmer! Telling him what to plant on his land, and how little, and then telling him that taxing it over 50 per cent of its worth will help him! And those who were hired and given jobs with the government pretend to believe…
7

Campaigning for the Senate

Returning to the Governor's Mansion

“You G.I. boys are my campaign managers. You’re the ones that I’m countin’ on next Wednesday to match that solid block of Nigra votes that I know’s gonna’ vote a’ginst me. And I think you can do it...  Now I’ve come to the one issue on which all…
10

Who Will Be Governor?

“Boys, I’m dying, but my doctors won’t tell me so. I need somebody to pick up after I’m gone, and it oughta be Herman. Herman’s a brilliant boy; he has a great future in politics. He could even be a senator. Lindley, you know a lot of politics, and…

*The words bolded throughout Talmadge's tour are those defined in the glossary for the accompanying Georgia Journeys Teacher's Guide.