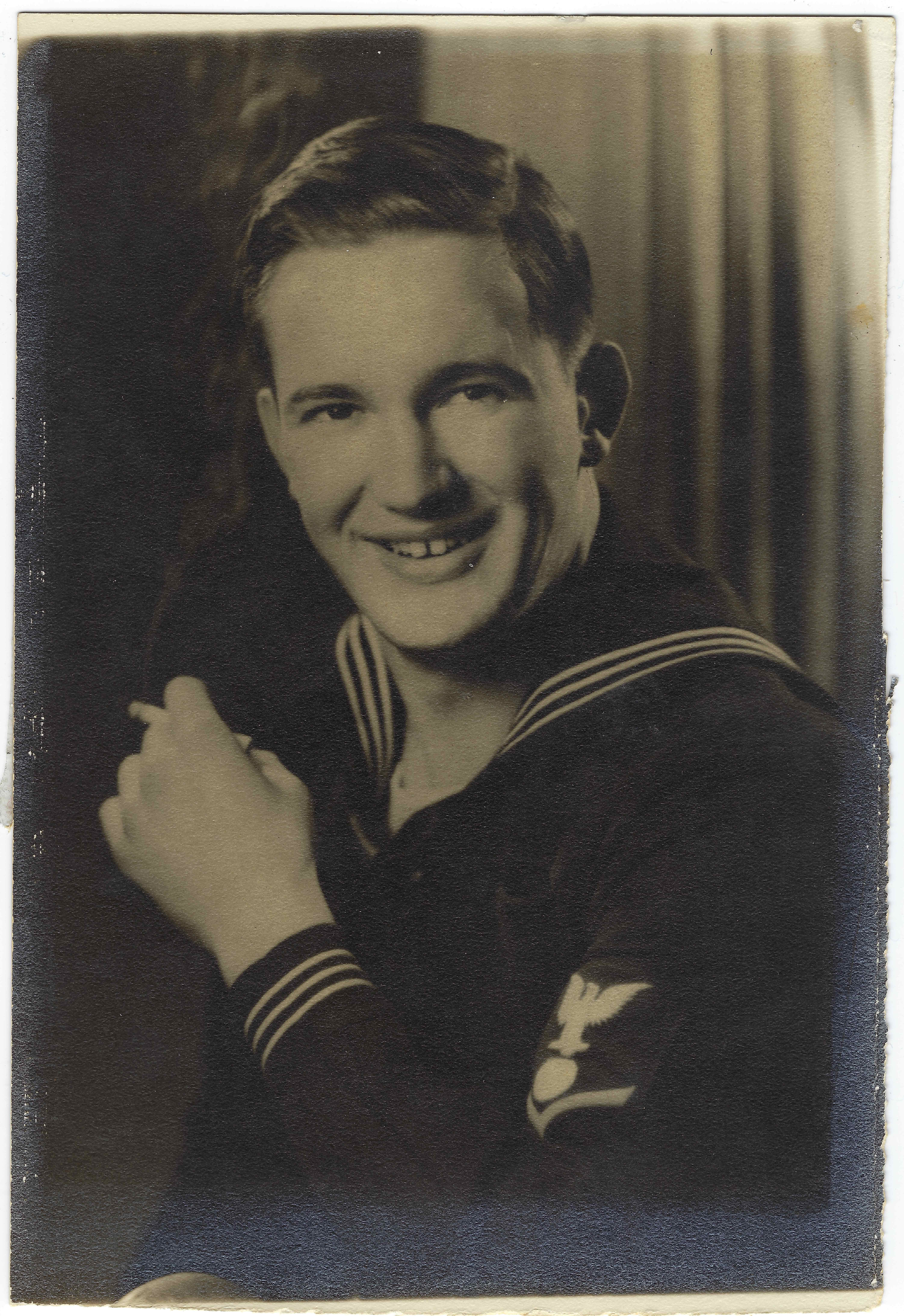 Before the first American troops stormed Omaha beach on D-Day, June 6, 1944, 19-year-old Naval electrician Gerald McDonnell felt his heart speed up as his metal-clad barge scraped against the sand. At the signal from his commanding officer, McDonnell released more than a thousand tiny rockets with the push of a button. The rockets' 35 tons of explosives marked the start of the Allied offensive that would turn the tide of World War II. Spared a second invasion experience (of Japan) by the dropping of atomic bombs on Hiroshima and Nagasaki, McDonnell returned home to Buffalo, New York in 1945. He was discharged honorably from the Navy in 1946.

The United States Congress passed the Servicemen’s Readjustment Act, or G.I. Bill, in 1944. It provided benefits to many veterans including disability pensions and financial grants for attending college. Gerald McDonnell began studying at Canisius College, a private Jesuit school in Buffalo, New York, in 1947. After graduating in 1950, he launched a successful business career. He became vice president of Fisher Scientific in Pittsburgh, Pennsylvania, before moving to Florida where he founded Tru-Par Co, a forklift company, with his brother-in-law. He and his wife, Lorraine, had four children and eight grandchildren. In the last few years of his working life, he ran Discount Travel in Marietta, Georgia, with his wife. Gerald McDonnell died in 2000.

Enlistment in the Navy

"The final day of school they took everyone in our class and sent them to the amphibious forces in Camp Bradford, Virginia. Now, instead of having the nice Navy blues and so forth, they gave me an out of draft uniform, 30-30 rifle, combat shoes,…
5

“We arrived in Scotland in the Firth of Clyde, and we docked about ten miles south of Glasgow within sight of Brown Shipbuilding, which was where the Queen Elizabeth was built in the first place. There were 15,000 men aboard, which was the most that…
6

Life on the Scottish Shore

"Well, life on the base there, it was pretty good. The duty was light; we were just waiting for the ships, and they weren’t there. So we played cards. We went into town. There was very little else to do. There was a problem that I had, and again…
7

"There were so many screw-ups that you can’t count them. I mean, we crashed into piers. One time we were on the Dart River, being as efficient as we were, our propellers got hooked up with some of these buoys and bent them badly. And there was…
8

"It was only about a day later that we were indeed given our mission, our assignment. We were to assemble at Poole, which is a nice harbor for landing craft because it’s shallow. Big ships can’t go in there but you could put a ton of landing…
9

"Now we had the skipper on the bridge, the helmsman below him, and the engine room below him, and the radar man. And the fifth man fired the rockets, and that dubious distinction was mine. I got to do the firing. Well, somehow in some sort of…
10

"We went back out to the transport area, and we stayed there for three days in the off chance we might be needed again, in case there was a retreat or something of that nature. And at the end of three days they said our services were no longer…
11

Return to the Homefront

"Went to Charleston, South Carolina, got on another rocket ship, and took it out to the Pacific. We went through the canal, on to Pearl, and from there on to Enewetak and the outward islands ready to go and do the same thing again in Japan. I don’t…
13

"So when they dropped the bomb, ending the war, we were of course ecstatic. It was a reprieve. So we did all this, and we then returned to Pearl, back to San Diego where, a few months later, I got discharged and went home and started college."…

The first-person narrative in this tour is drawn largely from a 1994 speech that Gerald made to commemorate the 50th anniversary of the D-Day invasions. A copy of the speech was shared with the museum courtesy of the Radow-Hurd-McDonnell family in preparation for a Local Heroes exhibit that was on view at the Museum of History and Holocaust Education in 2019.