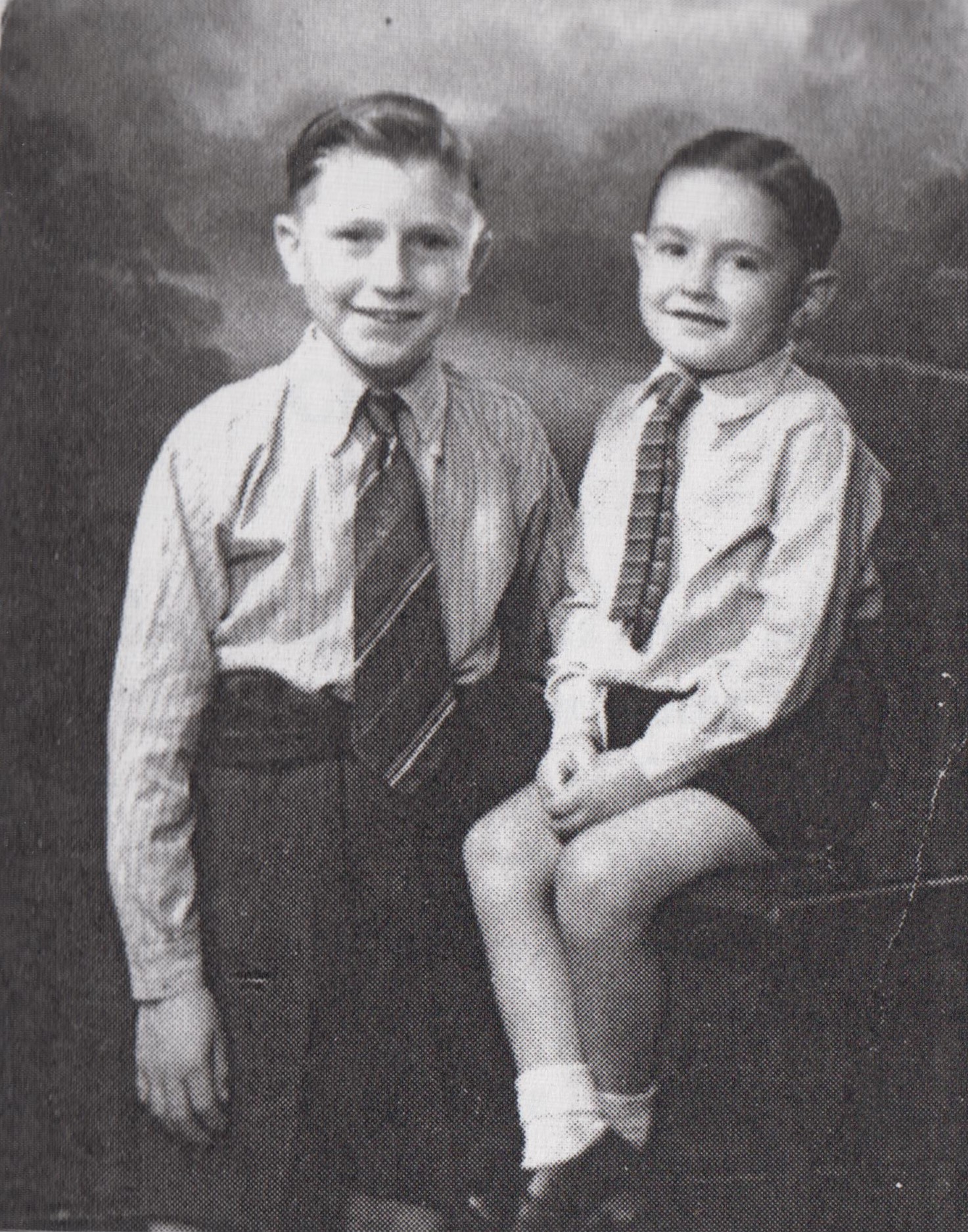 Alan Davies was born on March 27, 1932 in East London. His father, Frederick Davies, studied to become a London taxi driver, and his mother, Florence Coultart, worked for a cigar manufacturer. As a child, Davies was an avid soccer player and member of the Boy's Brigade, which was a recreational organization for young men. The outbreak of war in 1939 forecasted the threat of German bombers to the city of London. Like thousands of English schoolchildren, Davies was evacuated to the countryside to escape the German air raids. He was evacuated a total of three times, sheltering in Norfolk, Gloucester, and Devon, until he returned home permanently in the summer of 1944. His father returned from military service in 1946 after surviving a German U-Boat attack on his naval convoy.

After the war, Davies secured work at a newspaper where he was exposed to educated people for the first time. Through this position, Davies acquired an aptitude for reading, and sought to become a reporter, even obtaining an advanced copy of a Winston Churchill speech. During his obligatory service with the Royal Air Force, Davies worked as a shorthand typist; skills he acquired through his work in print. Following his service, he worked briefly for a book publishing company until his urge to travel led him to Canada and San Francisco.

After immigrating to the United States, Davies accepted a position with the Air Force Exchange Service in Nuremberg, Germany. While in Germany, he met and married his wife Juli. After his retirement in 1993, Davies and his wife moved to Marietta, Georgia to be close to his daughter. Davies published his memoir, "A Life in Shadow," in 2005, detailing his childhood in East London and his experiences as an evacuee during the Blitz.

"I was born on the twenty-seventh of March 1932 in East London, in the borough of East Ham in the community called Manor Park. My father was Frederick John Thomas Davies. My father started off at that brewery, working as a brick layer…
2

A World at War

"Well, I do remember hearing the radio broadcast because the very next day my father, who could rent his cab—he had to pay the owner of the cab, but he could rent it himself—he took us away into the country, right away. Because the government…
3

"Rationing started, which would’ve made daily life quite tough. Just getting the food on the table, et cetera. But we were never—it never got to the point where we were gonna starve, I don’t think. And later on, of course, we got a lot of…
4

"Well the government required you to put up any material that would block light being emitted from windows to aid German bombers. But although the war started on 3 September ’39 the bombing didn’t start until June of 1940. Although Hitler…
5

"Once the bombings started seriously—and that was in June of 1940—that’s when the government said, 'you should evacuate your children.' And most families complied. There were a, well a few wealthier families went away to—as a family…
6

"They evacuated the London school kids again ‘cause he concentrated on London pretty much this next time. And so, once again, the kids were rounded up and this time we went to Torquay in Devonshire in the west coast of England. Actually, quite…
8

"It was a jubilant time. I think a friend and I, we even went up to the West End with all the crowds, you know. Of course the thing that’s so, left me with deep impressions, were all the foreign troops in London, in England, during the…
9

Moving Across the World

"I immigrated to Canada. Like a lot of Brits go to Canada, and a lot come to America. That’s exactly what I did. I left in ’54. Went to Toronto. You know, that was a pleasant experience. I got a job with the Canadian Pacific Railroad as a…
10

"I started out in the services—not in the retail side of the house. I was in the services department. I first of all started in plans and headquarters. Later on I got into the field in services. So I had two careers at first. I spent a…
11

"We had two children in Germany. One of them became an attorney. She did her undergraduate work in Florida and then came up to UGA in Athens. And she used to come to Atlanta quite a bit, and she said that she was going to settle here. She…